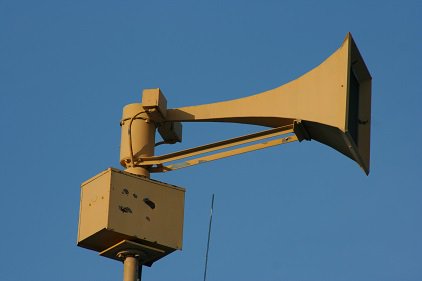 Among the notes, they included:

“‘We can have the best warning system in the world, the best forecasts, but if the message doesn’t get through to the person on the ground then they’re really not much use,’ Mr. Alasdair Hainsworth, Chief of the Disaster Risk Reduction Services Division of the World Meteorological Organization (WMO), told the UNISDR Science and Technology Conference.

These shortcomings are to be addressed by the US$100 million Climate Risk Early Warning System (CREWS) which was announced at the Third UN World Conference on Disaster Risk Reduction in March, 2015 supported by UNISDR, WMO , the World Bank and the French government.”

The aim of CREWS is to bring political and financial support to developing countries in an effort to help them get effective, sustainable emergency warning systems up.  CREWS doesn’t establish anything new, but rather, serves as a target and objective for the international community to work together to increase resilience worldwide. Lessons learned by the French Government, and other leaders worldwide will help bring about the necessary investment to help increase the penetration of effective warning systems where they don’t currently exist.

Where does America stand on this?  As one of the most developed countries with recent lessons in developing an Integrated Public Alert & Warning System (IPAWS), where do we start working with the international community to work towards saving lives?